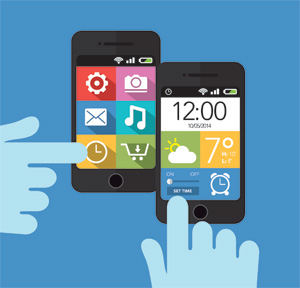 A recent report conducted by AT&T and the Small Business & Entrepreneurship (SBE) Council, a nonprofit group that promotes entrepreneurship and small business, small business owners have netted $ 67.5 billion a year from implementing smart phones and tablets in their day to day business activities.

Mobile technology is saving businesses lots of money, as well as time. According to the survey. Smart phones are saving business owners $ 32.3 billion dollars annually. As well as around 1.24 billion hours of valuable time. Tablets and other mobile devices are also proving beneficial.

The survey also revealed that small business owners aren’t working any less, but are simply making better use of their time by deploying mobile technology and applying mobile skills to their business dealings. They have implemented mobile and smart phone use into their every day business dealings and are enjoying more productive time as well as additional revenues as a result.

A few of the perks of mobile technology:

Employee productivity.
According to the survey, small business owners and employees are using their smart phones seven days a week – even in companies that are only open five days a week.

More and more apps are being used.
The survey revealed that three out of four small businesses (around 77%) are using mobile apps, sometimes three or four at a time. GPS, navigation and map apps were the most popular.

Companies are also using apps for ease of access and planning.
Many small businesses are using apps for every day functions like planning trips, GPS navigation, remote document access, banking and finance, and more.

Mobile apps save tons of time.
Owners have reported an increase in use and device dependency over the past couple of years, with 31% of businesses reporting that they’ve saved time by using apps instead of notebooks.

Operating remotely grows business.
75% of small businesses surveyed said that their use of mobile devices has saved them anywhere from $ 500 a month to $ 6,000 per year.

Data rates growing with increased use.
The report also found that about a third of market companies have seen their use of mobile data double over the years, due to downloading and uploading files on devices. Customers can access important files on the go rather than having to download them to a computer.

Want to Reshaping Your Small Business With Mobile Technology? We can help you create your mobile app today, with XPLORION by Logifusion.